Not long ago, I was searching in Alaska, Colorado and California for gold, sapphire and diamonds when a couple of companies hired me to find them some mineral deposits. They gave me a credit card, keys to a 4WD truck, and told me to report back to them at the end of each month. I found some interesting targets that they never followed up on - one of my favorite targets was later found to contain diamonds - still strange how some mining companies operate.

Another sent me to Alaska. Six other geologists and myself found one of the largest gold deposits in the 20th century and three of us were independent cusses from Wyoming. Teamwork doesn't work in exploration - exploration successes are mostly a result of independently minded prospectors and geologists. People who can get the job done by themselves in the middle of nowhere, and their only friend is a large gun (bear repellent).

I tell some of my prospecting stories but mostly I describe what to look for in gemstones, how to recognize them, and them I give the reader dozens upon dozens of locations of gemstones and possible gemstones that they can easily follow up on to see if they can find treasure in the Earth.
Posted by Sokeshodai at 8:19 AM 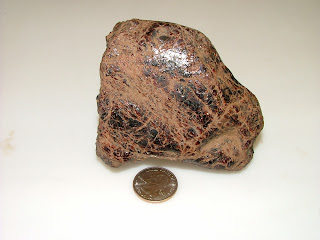